Why invest in Nottingham ?

When it comes to the best place to invest in property and find houses to sell, Nottingham comes top. The city has taken on joint first position rivals Liverpool as the UK’s best performing property investment location. The two cities came joint with average rental yields of 6.2 percent once mortgage costs are taken into account.

The latest edition of Private Finance’s buy-to-let (BTL) hotspots analysis reveals that while Liverpool has retained its position since May 2017 – despite lower rental yields due to falling rental prices in this area – Nottingham has moved up from second position following a £121 increase in average monthly rents.

A 2013 study by HSBC revealed that Nottingham provides landlords with one of the best rental yields in the country. Because the average house for sale price in Nottingham is £83,313, and the average monthly rent of a house to rent  is £524, landlords can enjoy a rental yield of around 7.55% before tax.

Though some areas of the UK sometimes offer higher rental yields, the house markets are a lot more volatile. However, the rental prices in Nottingham do not fluctuate much, making it a safe and profitable investment for landlords.

East Midlands Airport is the closest international airport flying to over 85 cities across Europe.

For something a little more eccentric, there is a Creative Quarter, the recently refurcished Sneinton Market bursting with pop-ups, as well as a regular vegan market.

Modern and vibrant, Nottingham’s cultural scene is impressively varied ranging from independant to major historic sites. For art and theatre lovers, the ris Nottingham Contemporary Gallery, Nottingham Playhouse and Theatre Royal. For something more historic, tehre is Nottingham Castle and the Creepy City of Caves.

There are may ways to keep fit and enjoy an active lifestyle with a number of leisure centres, gyms and the countryside, all on Nottingham’s doorstep.

Research conducted by Mortgage Broker Private Finance has shown that average rental yields real estate in Nottingham are the second highest in the country at 5.6 per cent.

It also performs well in terms of capital growth as it is predicted that, over the next 10 years, Nottingham will top the tables for average house price growth at 0.8 per cent per month. This means that the average property price will increase by 160 per cent between 2017 and 2027, from £133,215 to £346,592.

The attraction of Nottingham is that 25 per cent of its population is aged between 16 and 24 – one of the prime demographics that will be looking for rental property as they just start out in their careers.

Regeneration will only boost property prices

Regeneration to Nottingham’s city centre will improve desirability to live in or around the city.

For a while, shops have stood empty in Broadmarsh shopping centre, but this is all due to change as Intu has committed to making improvements.

New retail outlets are not the only way in which the council is looking to improve the city centre, with an empty building on Carrington Street due to be transformed into a gym and other initiatives being put in place to improve the number and quality of facilities in the city.

A new HM Revenue and Customs centre is due to be built in Nottingham too, which will create 4,000 new jobs and of course, those new employees will be vying for accommodation in the city so now could be the ideal time to invest in ‘buy to let’ property in Nottingham.

Sherwood Square is one particular buy to let opportunity based in the Nottingham suburb of Carlton. The development is a contemporary collection of 42 one-bedroom apartments starting at £104,995, and features include anti-slip vinyl flooring, custom built kitchens and stylish bathrooms.

With an estimated 6.75 per cent per annum gross rental yield, Sherwood Square provides a robust investment opportunity for the astute investor.

The ‘Monthly and Mortgage’ plan, where the 30 per cent exchange deposit is divided by the 24 months build schedule and the remainder paid on completion by way of mortgage or cash, provides an attractive low point of entry into the property market.

Not only is Nottingham a great place to invest or relocate your business to, our quality of life offering is second to none and you can enjoy city life at a fraction of the cost you would pay in London.

When it comes to typical annual savings, Nottingham ranks number one with workers saving on average £6k more than those in London meaning you can really make the most of our forever growing food and drink scene, famous music venues, independent shops and world-class sporting events.

Putting the fun a side and looking at the important bits, house prices in Nottingham are significantly lower than the UK average at £136,266 whilst a one bedroom city centre apartments is just £571pcm – ranking Nottingham as one of the best places to live in the UK. 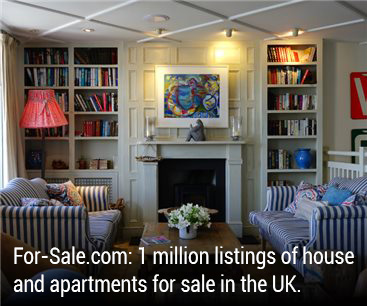